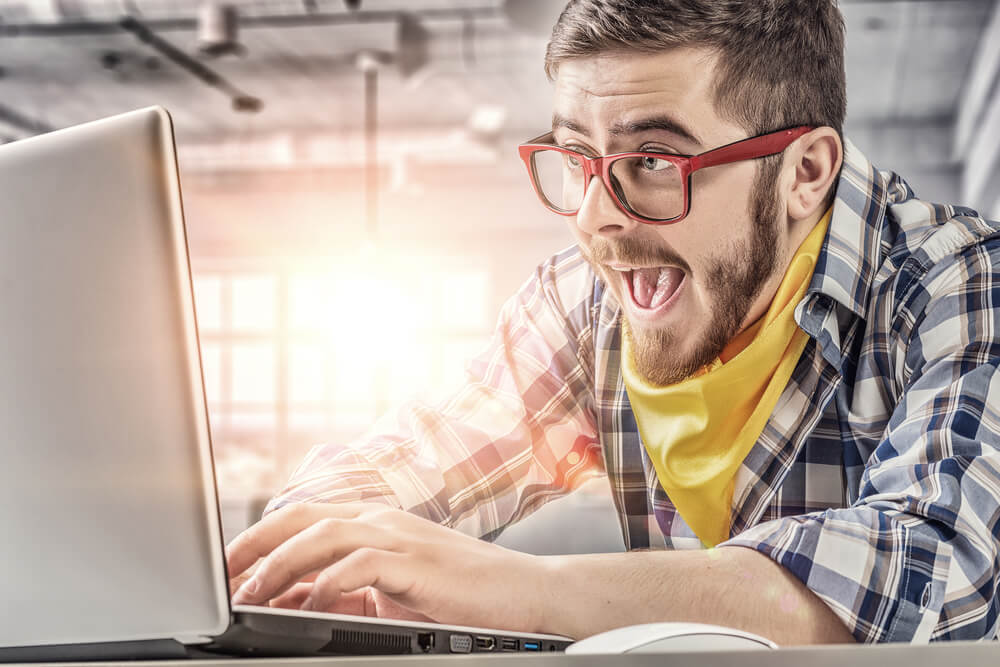 You take the time to create a split test.

Then, you run the test. After a long enough period, you’re ready to review the results…

…only to find that you’ve learned absolutely nothing.

There are a lot of mistakes that can occur when you create a split test. But you don’t want any single “dumb” mistake to ruin an entire campaign.

That’s why it’s important to review these mistakes before you get started creating your next split testing campaign. Here’s what you’ll need to avoid.

You know the old saying “knowledge is power”?

You’re taking on a split testing campaign because you believe the knowledge you’ll acquire will help you optimize your web presence. And it absolutely will…so long as you’re actually acquiring the measurements you need along the way.

That won’t happen unless you properly integrate analytics.

To make sure that your analytics are set up the way you need, do a short “mock” test just before you begin the test proper.

Even just a day or two of data will confirm that you have the proper amount of data coming in.

I know—you’re impatient to get on with the darn split test already. You want to learn the critical information that will improve your web presence.

But until you’re sure that the test is actually gathering the data you need, you’re not ready. Get the analytics in place, then run the test.

Mistake #2: Testing Too Many Variables at Once

A/B split tests are popular for a reason: they isolate individual variables so you can learn as much about that variable as possible. They help make the experiment more “scientific” and less like guess work.

Although it might seem like a lot of effort to do an entire test just for one variable, these tests tend to be very accurate. And when they yield clear results, you’ll have a definitive answer for any of the following:

For those who don’t have the patience to run an A/B test this way, it can feel too long.

That’s understandable. You want the best possible web presence, and you want it running as efficiently as possible from day one.

But you’ll have better long-term results if you use your A/B tests to answer specific questions about your site.

The good news is that you can run multiple A/B tests at the same time to accelerate your progress. In fact, you’ll often find tools for accomplishing that with your email newsletters, for example, helping you to isolate variables like subject lines.

But if you overwhelm your test with too many variables, you can end up with a variety of statistics that will ultimately be meaningless to your site and your web presence.

In science, you’ll often hear of studies that are criticized because of “small sample size.”

What does this mean exactly? Easy: if you take a cup out of the ocean and assume the rest of the ocean will look just like that cup, you’ve taken too small a sample to understand the truth of what’s out there.

In essence, you have to keep your split testing campaign running long enough to get more meaningful data. One week of measuring results? Not enough. Run a campaign for a month instead and your statistics will tend to be more accurate.

Will this test your patience? It depends entirely upon you.

It’s a good idea to get the split testing campaign set up as quickly as possible so you can run it and focus on other issues in the meantime. As you continue to improve other areas of your site and your web presence, you can rest comfortably knowing that you’re getting the data that you need.

Before you determine what you should test, you should take some time to figure out exactly what your goal is in the first place.

Do you want more conversions?

It’s tempting to run a split test on something big and sexy like your front page, or a big headline. But unless these items actually fit into your sales funnel, there’s a good chance you should think of other items to test first.

My suggestion: start with your introduction to a potential client.

For example, if you run social media ads, try running two ads at once to see which performs better. Once you lock on to a good advertisement, you can then move to the next part of your sales funnel.

The more you optimize and work on each part of the funnel, the more effective it will be when you ramp up the budget and attract more potential leads.

This all comes from having as specific goal in mind.

Don’t just build a website. Build a website that aims to achieve something. Use that objective to inform the kinds of tests you run.

In many medical studies, they use placebos for certain subjects.

Why? Because placebos will establish the baseline. The researchers need to control for the placebo effect, otherwise they won’t know if their medication is simply working…or if the subjects are expecting it to work.

If you want accurate data, you should do the same.

No, you won’t need sugar pill placebos to do this. All you need to do is zero in on a few controls to ensure that you’re running a proper test.

For example, if you’re running a split test on a call to action button, you don’t want to link to two separate places.

You want to isolate that first factor by keeping the controls the same. That means the rest of the elements on the page should precisely match.

Mistake #6: Reading Into the Results

If you’ve taken the precautions you discovered in this article, then you should be sitting on a pile of data.

That’s good. But it doesn’t mean the potential mistakes are over.

The results you have should be interesting. But they might also be misleading. You’ll have to read them properly if you’re going to take action and make changes on your site.

For example, let’s say that you split test two different headlines for your sales page.

One headline led to 18% more conversions than the other.

But before you choose that headline, remember to look at the rest of the statistics. Did the headline that won have a similar traffic profile? Or did it have better-quality sources?

You might find, to your surprise, that the other headline may have outperformed expectations with the lower-quality traffic.

That’s why it’s so important to isolate the right variables and know what you’re doing when you split test.

For more on building a web presence, check out a free trial of leadPops and avoid making the mistakes you see here.

This entry has 0 replies

Get the latest updates on marketing and lead generation in your inbox first.